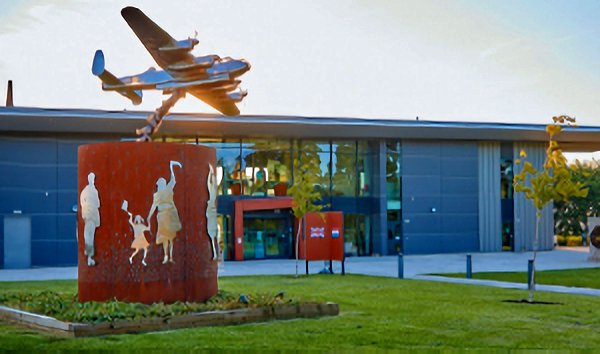 The multi award-winning International Bomber Command Centre includes a 31-metre tall memorial spire and walls that feature the names of the 58,000 men and women who lost their lives serving or supporting Bomber Command. The only place in the world where all of the Command’s losses are commemorated. These are set in landscaped Peace gardens – one reflecting Lincolnshire’s enormous contribution to the war and one acknowledging the service and support of over 60 nations.

Our free guided tours of the gardens and Memorial will give you an insight into Bomber Command and the project.

Using state-of-the-art technology and interactive displays it tells the story of Bomber Command, through the eyes of those who witnessed events first-hand. Interviews with veterans of both Air and Ground Crew, and support staff from around the world, come together to create an Orchestra of Voices. There are accounts from survivors of the Allied bombing campaign, members of the Resistance Movement, and people affected by the influx of thousands of service personnel into their communities.